Rip Charlie Watt: Best 5 songs of The Rolling Stones to listen on YouTube 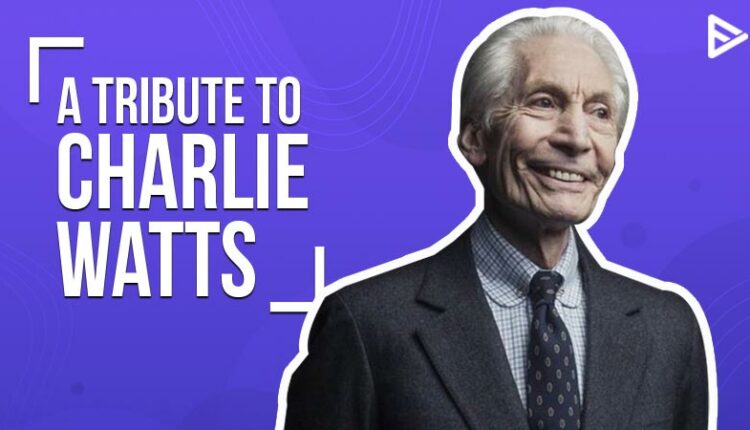 If you are a 1960’s kid and a fan of rock and pop music, you must be whispering RIP Charlie Watts. The popular drummer of The Rolling Stones left for his heavenly abode yesterday.  Here are all the details that we know about his death. Also, we are listing some of his best songs with The Rolling Stones that might have forced you to groove yourself on the songs.

When did Charlie Watts die?

Charlie Watts died yesterday, 24th August, in a hospital in London. He died at the age of 80 with his family around. He has been one of the constant members of the Rolling Stones. While the other band members parted ways and Brian Jones, who expired because of drug addiction.

What did Charlie Watt die of?

On June 2nd, 1941, Watts was born and was the band’s backbone for more than 60 years! Yes… He really proved to be a constant for The Rolling Stones. Unfortunately, earlier this year, he refused to join the No Filter tour of The Rolling Stones due to undisclosed medical reasons. He passed away peacefully yesterday in the hospital, and the reason for his death is unknown.

Watts was a bit different from his bandmates. He aesthetically dressed up in suits while his mates would dress up in bohemian style. He liked to stay out of the spotlight.

Let’s offer Charlie Watts Tribute with his best magical drums played in the songs of The Rolling Stones:

Get Off of My Cloud

This song starts with the powerful drums that are played by Charlie Watts. This song is written by Keith Richards and Mick Jagger. This is one of the most successful songs that topped the charts in the United States, the United Kingdoms, Canada, Germany and reached the number two on music charts in many countries.

The ‘Honky Tonk Women’ proved to be one of the best songs in the band’s career as it is still included in the Top 500 Greatest songs of all time by The Rolling  Stones.  Keith Richards and Mick Jagger wrote the song in 1968. It was released in 1969 and topped the charts in the United States and the United Kingdom. Also, this song was enlisted in the ‘Grammy Hall of Fame.’

(I Can’t Get No) Satisfaction

One of the most loved songs that The Rolling Stones made. Written by Mick Jagger and Keith Richards and Andrew Loog Oldham has produced this amazing track! This Stones song was the first hit in the United States. (I Can’t Get No) Satisfaction again tops the number two position in the Top 500 Greatest songs of all time by The Rolling Stones! It stands 10th best ranked in the critics’ all-time list acclaimed music.

Can’t You Hear Me Knockin?

This track is seven minutes long and begins with Keith Richards Guitar strings.  Mick Taylor and Keith Richards stole the entire show in the song, but Watts was the best example of playing the music only when needed!

Well, this is one of the songs from Voodoo Lounge in 1994. Watts drums kept the Stones brand from getting lazier! This veteran drummer has done a marvelous job in the music industry!

RIP Charlie Watts, and thank you for your contribution!