YouTube Monetization Rates In Different Countries in 2021 (Highest to Lowest) 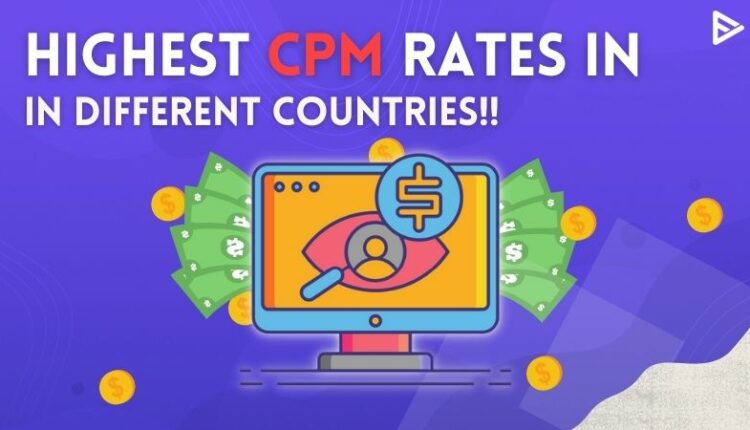 Are you new to the world of YouTube? Are you looking to start your own YT channel? But are you confused as to how YouTube monetization rates work in your country?

In times of fast-speed internet, people are still skeptical that it is impossible to earn money on YouTube. But in reality, YouTube is one of the many ways you can become an internet sensation and earn a decent living once you understand YouTube Monetization Rates.

YouTube is a video-sharing platform where you can upload videos and earn money from subscribers. YouTube’s concept is simple: people will watch your videos, and you will profit from them. However, several factors must be understood to earn money in the real world.

Before we dive into monetization rates on YouTube, let us understand YouTube Monetization in general and a few things a YouTuber must know about YouTube Channel. Then, let us see how it works?

The most important thing to remember is that YouTube does not pay for views. So if your channel isn’t monetized and you have billions of views, it’s pointless because you won’t make any money.

Also, you have the best chance of succeeding on YouTube if you come up with a niche YouTube channel like education, health and fitness channel, kids toy review channel.

When you monetize your channel and have it verified, YouTube makes money. Monetization refers to enabling a revenue-generating option on your YouTube channel. After that, you’ll be able to see your YouTube revenue.

What are the Criteria for Getting Paid For Monetization Rates on YouTube?

Monetization rates on YouTube are different from country to country.

There must be at least 1000 subscribers over 4000 watch hours from your YouTube channel to monetize your channel.

But the catch is, YouTube does not pay you if the viewer has only watched the video for 5seconds. So it depends on the billing criteria, which requires a user to click on an ad or watch it for the entire duration to get paid.

Apart from that, YouTube CPC and YouTube CPM Rates are essential criteria in determining the revenue generated from YouTube. You will now understand precisely what CPC and CPM are and how they differ from country to country.

The cost per 1,000 impressions (CPM) reflects how much advertisers pay to display their YouTube ads.

Google distributes 68 percent of AdSense revenue to publishers, meaning that for every $100 paid by an advertisement, the publisher receives $68.

The term “cost per click” refers to the amount of money spent on a single click. It is a more traditional method of advertising payment. For example, ads on YouTube that are displayed around videos but not in the videos themselves usually are charged on a cost-per-click (CPC) basis. 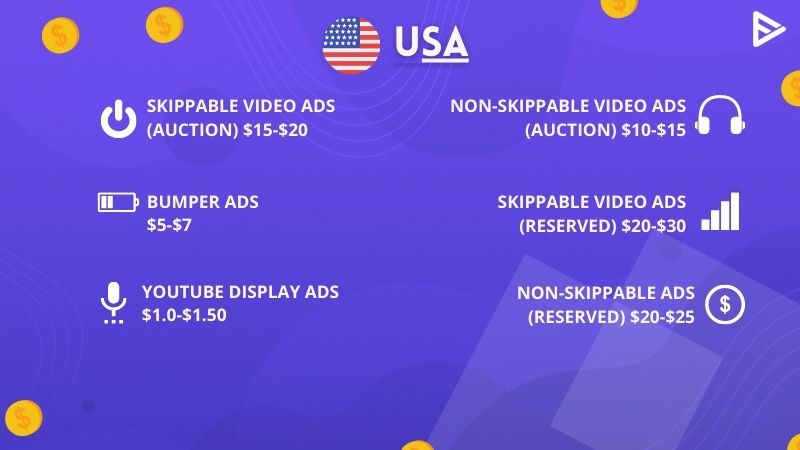 The highest-paying revenue countries include the United Kingdom, the United States, and Canada, while Indonesia and Pakistan’s lowest-paying countries.

What are the Rates in UK?

On average, the YouTube monetization rate in the UK is 1.15 pounds. 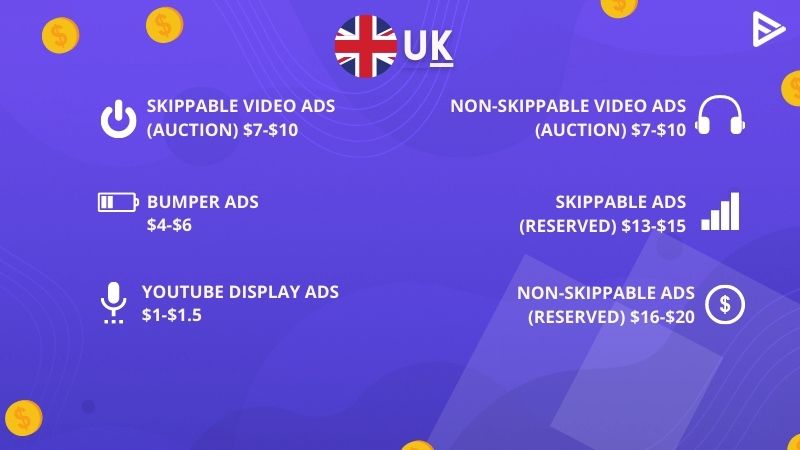 What are the Rates in Canada? 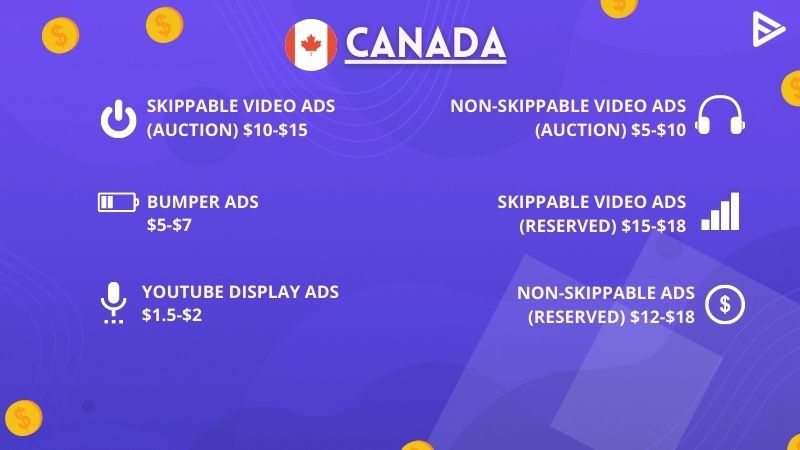 Skippable Ad- From a user’s point of view, skippable ads are perfect, as you can skip the ads in 5 seconds. But according to YouTube’s monetization payment rate for skippable ads in Canada is 11.36 dollars.

Bumper Ads– They are short-duration ads, of mostly about 6 seconds. They have lower CPM than other ad types. CPM offered is 5. 78 dollars.

Display Ads- These ads are generally viewed on desktops or laptops. In Canada, CPM for such ads is approximately 1.61 dollars.

You have a decent understanding of which niche or content category provides the most and most negligible revenue, so you can now look at the different types of YouTube advertising and the CPMs they create. YouTube Monetization Rates in UAE are slightly less than what youtube offers in Canada to their content creators.

What are the Rates in UAE? 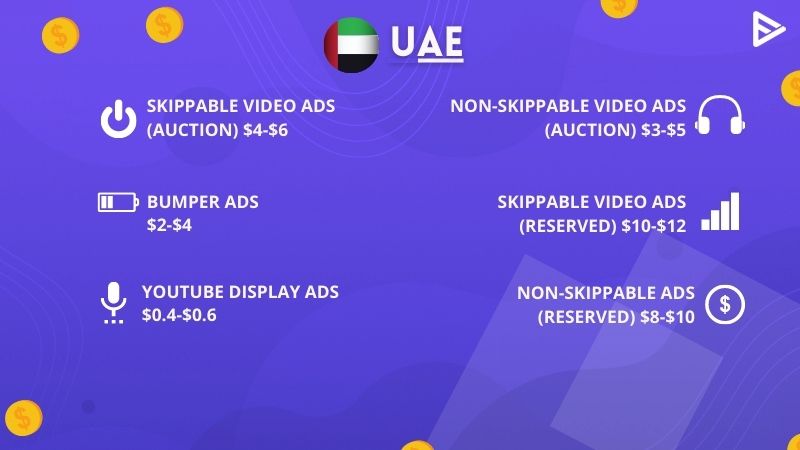 Skippable Ads- There are significant differences between the CPM of UAE and other countries. YouTube monetization payment rates for skippable ads are between 4-6 dollars.

Bumper Ads- YouTube offers 2-4 dollars for bumper ads. These are non-skippable ads that are only for 6 seconds.

Display Ads- It appears to the right of the feature video. These ads are specially designed for laptop and desktop viewing. YouTube monetization payment rates for such ads are between 0.4-0.6 dollars. 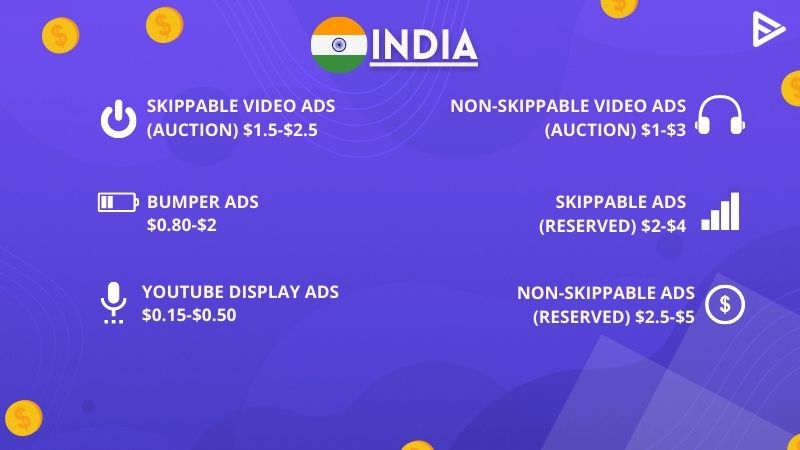 This figure is determined by various factors, including the nature of your content, the audience you’re aiming for, how frequently you publish videos, and so on. As a result, relying just on CPM estimations to forecast how much money you can generate on YouTube is challenging.

Monetization Rates of Pakistan And Indonesia!

Some Asian countries like Indonesia and Pakistan’s YT monetization rates are negligible from some European countries. 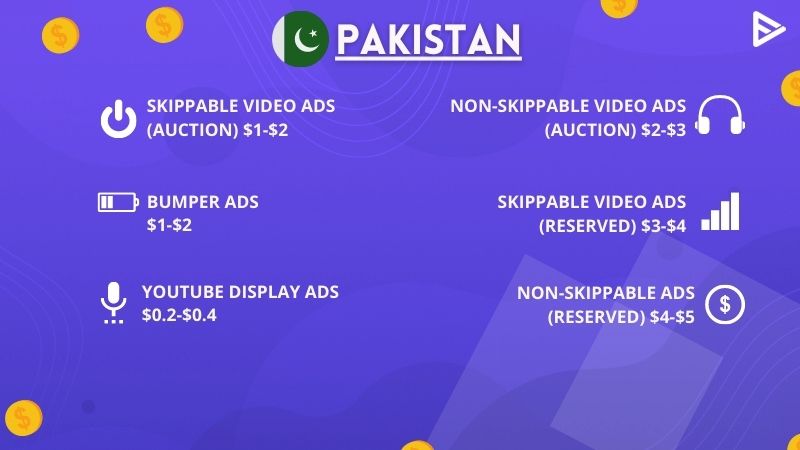 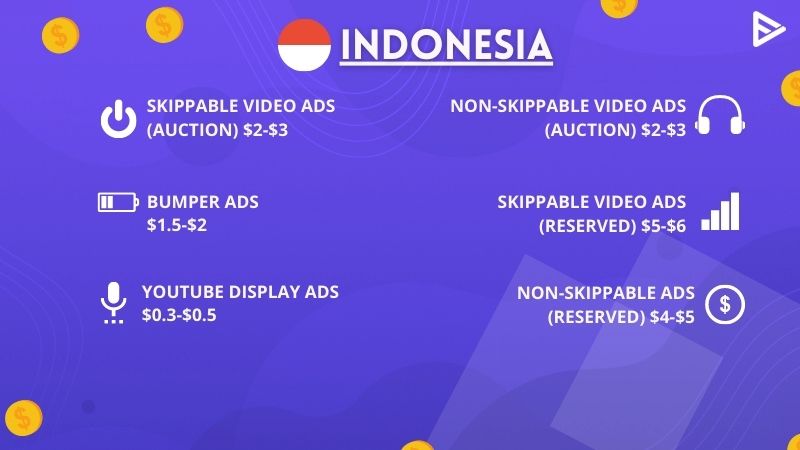 Also, We have curated a list of the highest CPM of some countries so that a Youtuber or Content Creator can target their audience and create a niche YT channel to earn revenue from YT based on the monetization rates on YouTube. 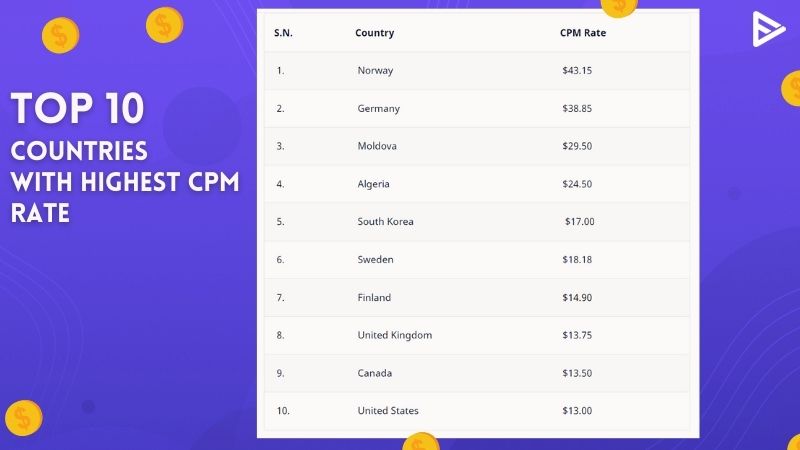 How Much YouTube Pay For 1000 views in India In Rupees?

Estimate earnings per 1000 views in India is approximately Rs. 200-300 depending on engagement and clicks.

To be eligible to get paid by YouTube, the channel must have 1000 subscribers and 4000 watch hours in the past twelve months.  If either of the criteria is not met, the Youtuber will not be applicable for YouTube Partner Program.

YouTube Roku: Everything you need to know about the dispute in 2022