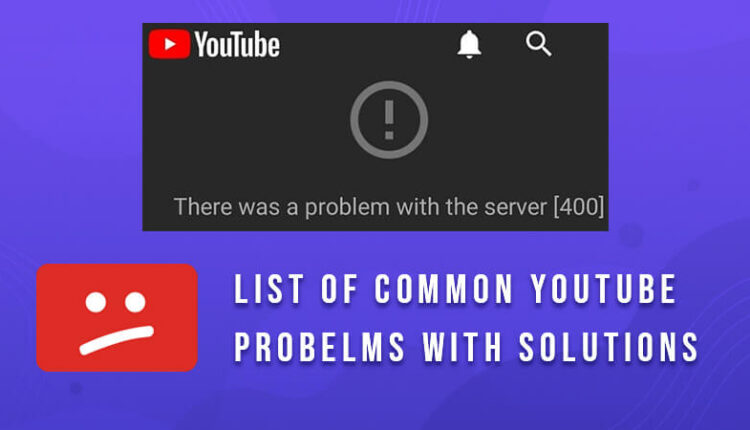 Doesn’t it suck when you encounter problems with YouTube? However, if you can’t rely on Google to be flawless, the options seem pretty sleek.

YouTube is the second largest search engine on the internet and the most prominent video streaming platform, which means there’s a mountain of things that can go wrong every now and then. And sometimes they do!

No matter what the problem is, you can count on YouTube customer service to take care of the issue at the earnest. Of course, it would be great if these issues and errors didn’t arise in the first place but let’s be realistic for once.

So that we know about the problems with youtube, it’s safe to assume others on the internet do too. Thanks to the vocal community of users online, we could curate a list of the most common YouTube problems and the methods to solve them. 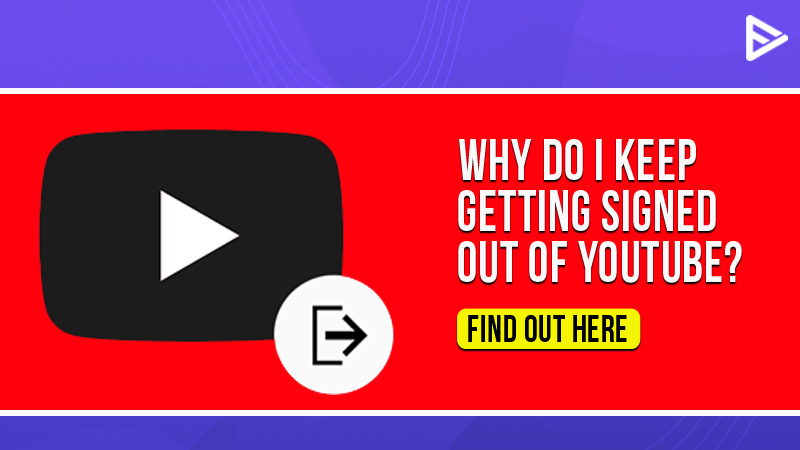 This problem with YouTube occurs due to an issue with your YouTube account. When you try to watch a video on the platform, it keeps signing you out.

After a couple tries, if it still continues to sign you out, then it’s time you try some other fixes to solve this issue.

Check out, Why Do I Keep Getting Signed Out Of YouTube? to learn about various methods to solve the issue. 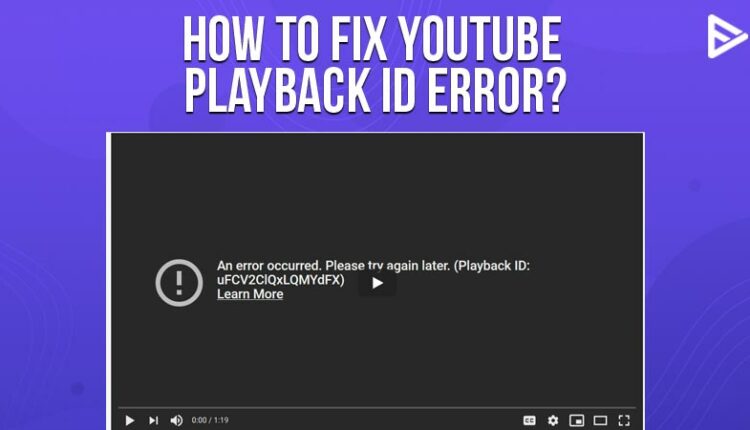 Corrupted browser files or modification of the internet connection are the major causes behind the occurrence of the “YouTube Playback Id error.” 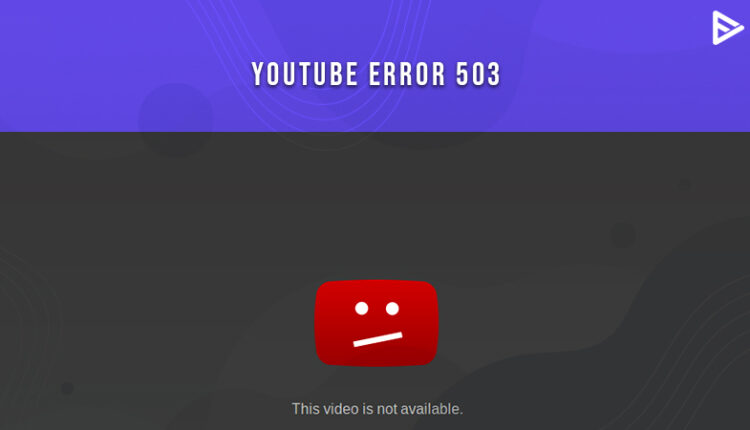 If that doesn’t work, check out the YouTube Error 503: How To Fix In 2021 article to get a step-by-step guide to stop seeing the YouTube loading problems. 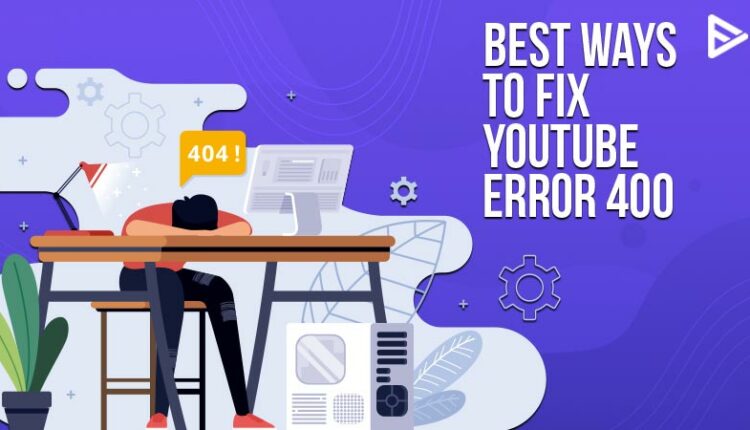 The YouTube error 400 occurs mainly when you are watching YouTube on an Android phone. But that doesn’t mean the desktop users never face this YouTube problem.

“Your client has issued a malformed or illegal request. That’s all we know.” This is a Google error that will pop up on your screen. It’s one of the YouTube buffer problems that viewers generally face due to irregular internet connection. Follow the steps mentioned in YouTube Error 400: Best Ways To Fix In 2021 article to quickly resolve the issue. 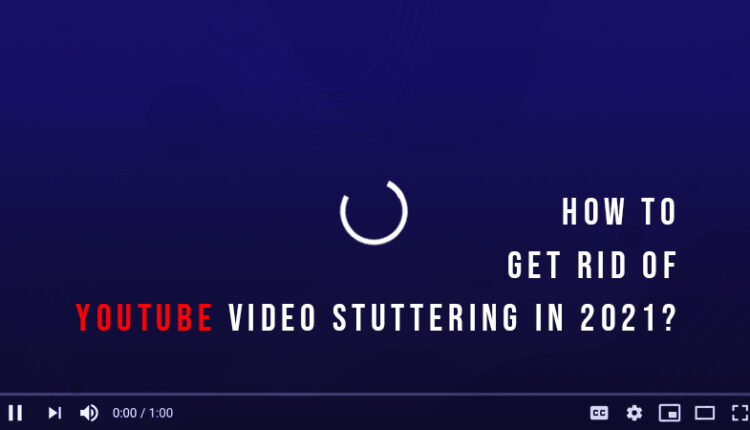 Out of all the YouTube Problems we have faced so far, this one is undoubtedly the most excruciating to endure. The YouTube video keeps lagging and stuttering as you try to watch it on your desktop or your phone.

Irrespective of the device you are using, these Youtube buffer problems can be resolved by following the steps mentioned here.

Now that we have covered all the common problems with youtube that viewers face. Let’s focus on a few YouTube problems encountered by creators while using the video streaming platform. 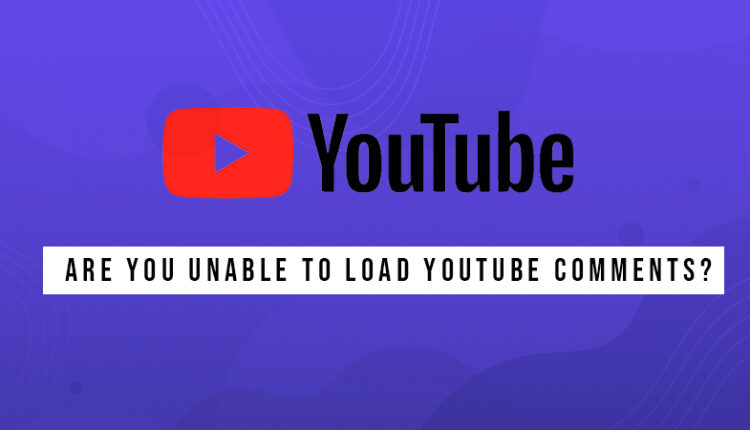 Sometimes you can view the number of comments your video has received, but you cannot see the comments. Instead, you see the YouTube comments not loading error.

So how do you restore your video comments? Just go through the fixes discussed in YouTube Comments Not Loading: How To Fix The YT Error In 2021?

This YouTube problem is no less than a nightmare for YouTubers. After an arduous process of creating and editing a video for YouTube, when their YouTube video fails to upload, you just feel like screaming at the screen. However satisfying that might feel, it’s not gonna help you upload your YouTube video.

So what to do?

Just go through the Is Your YouTube Video Not Uploading? – Tips To Fix Error Uploading Video On YouTube article, you will find the answers to all your questions.

We have tried to cover as many YouTube problems as possible in this article but if we have missed out on any significant problem with YouTube, feel free to mention it in the comments.

Now that we have helped you solve the errors stopping you from watching YouTube videos check out the most viewed music videos on YouTube.

Italics on YouTube: How to change fonts on YT?