What episode does Lucifer show Chloe his devil face? Does Chloe accept Lucifer as the devil? 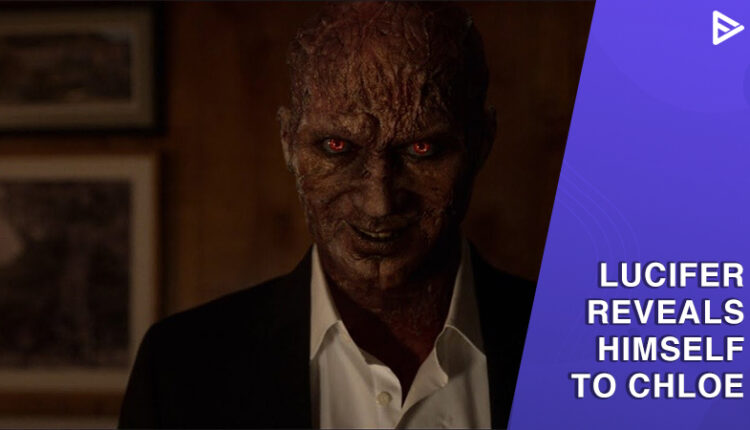 Detective Decker is in for a shock, as Lucifer’s true face is revealed, literally!

The super cute detective and devil relationship has drawn fans from all over the world to the story of Netflix’s Lucifer. Solving crime in the glamorous city of Los Angeles. Detective Chloe Decker has no clue, that her kooky hot partner is the devil himself.

As their relationship grows from cute flirtations to love, fans had been eagerly waiting to witness Chloe’s reaction to Lucifer’s real identity.

After discovering that Lieutenant Marcus Pierce(who is actually Cain, the immortal son of Adam and Eve) has murdered their friend Charlotte Richards. Lucifer and his detective partner go after him.

However, Cain ambushes the devil and shoots Chloe in the epic stand-off, but lucifer shields her with his angel wings, saving her. Amongst the chaos, Chloe passes out, and Lucifer flies her off to the rooftop and returns to confront the original murderer himself.

As Lucifer finally kills Cain, his devil face reappears, and it’s revealed that Chloe has witnessed the entire scene unfold.

Chloe finally knows Lucifer is, in fact, the devil, as he has always been saying.

Lucifer’s much-awaited Season 6 is scheduled to release on 10th September 2021 on Netflix. Read here to know what to expect from lucifer’s latest season.